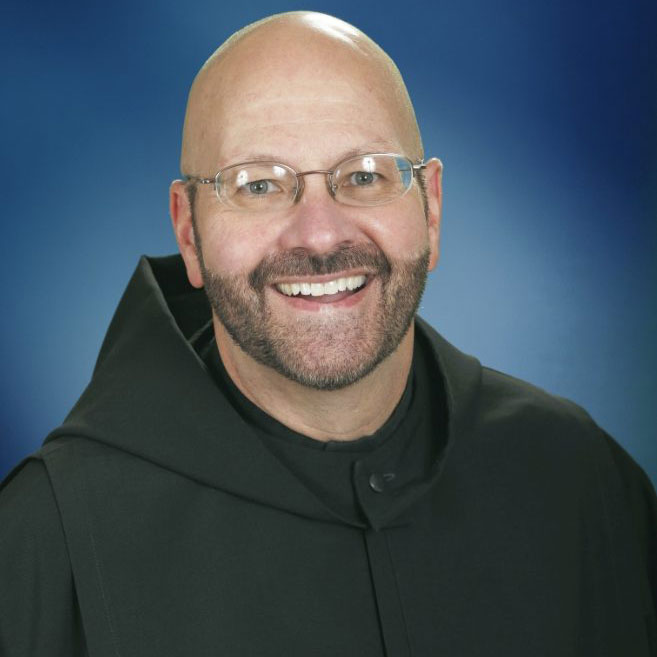 Father Gabriel Baltes was born on April 19, 1958 and was baptized “Brian.” He is the second of three children who were raised in Sandusky, OH. At an early age, he felt the stirrings of a call to the priesthood, and so after the eighth grade, entered Holy Spirit Seminary in Toledo, Ohio from which he graduated in 1976. He continued his seminary studies at the Pontifical College Josephinum in Columbus, OH from which he graduated with a Bachelor of Arts degree in 1980.

He spent the next two years working as a seminarian for the Toledo Diocese and taught religion at Nazareth Hall Military Academy in Grand Rapids, OH. It was during this time that he felt a further call to Benedictine monastic life which led him to enter St. Procopius Abbey in 1982. Upon entering the novitiate, he was given the name “Gabriel,” which is translated, “God is my strength.” He professed the vows of a Benedictine monk (Obedience, Stability, and Conversatio Morum) on September 14, 1983.

After the four years of monastic formation, Brother Gabriel resumed his studies for the priesthood at the Jesuit School of Theology at Berkeley, CA ,where he earned a Master of Divinity degree. The following year, he earned a Master of Arts degree in Liturgical Studies at the University of Notre Dame, IN. Fr. Gabriel was ordained to the priesthood on July 27, 1991 by the Most Reverend Roger L. Kaffer at St. Procopius Abbey Church.

After ordination, Fr. Gabriel was assigned to the position of liturgy director for the monastic community. He also worked in the Campus Ministry Department of Benedictine University and taught in their Religious Studies Department.

In the spring of 1993, Fr. Gabriel was assigned to St. Joan of Arc Parish, where he served as an associate pastor until December of 1997, when he re-located to the north woods of Wisconsin where he was hired as the Director of the Office of Worship for the Diocese of Superior. While serving in the Superior Diocese, Fr. Gabriel was also the Sunday chaplain for the Benedictine Sisters of St. Scholastica Monastery in Duluth, MN. Father remained in Superior for ten and a half years until he returned to St. Joan of Arc Parish as pastor in 2008.

Grateful to be back at St. Joan of Arc, Fr. Gabriel enjoys the variety of roles and challenges that being a pastor entails. He is especially grateful for the involvement he has with the parish Elementary and Junior High School, which he views as a privileged means to shape our young people in the Catholic Faith.

In addition to his pastoral responsibilities, Fr. Gabriel is currently pursuing a Doctor of Ministry Degree in preaching from Aquinas Institute at St. Louis University. In his free time, he enjoys watching movies, walking through Lisle’s Arboretum, and working out at Naperville’s Planet Fitness. Although not a musician, he appreciates fine music. While not an artist, he loves art. Both of these are valued as expressions of that divine beauty that reveals, however incompletely, the mystery of God.

Fr. Gabriel hopes to continue the noble tradition of prayer and work that inspired the founding fathers and mothers of this faith community. 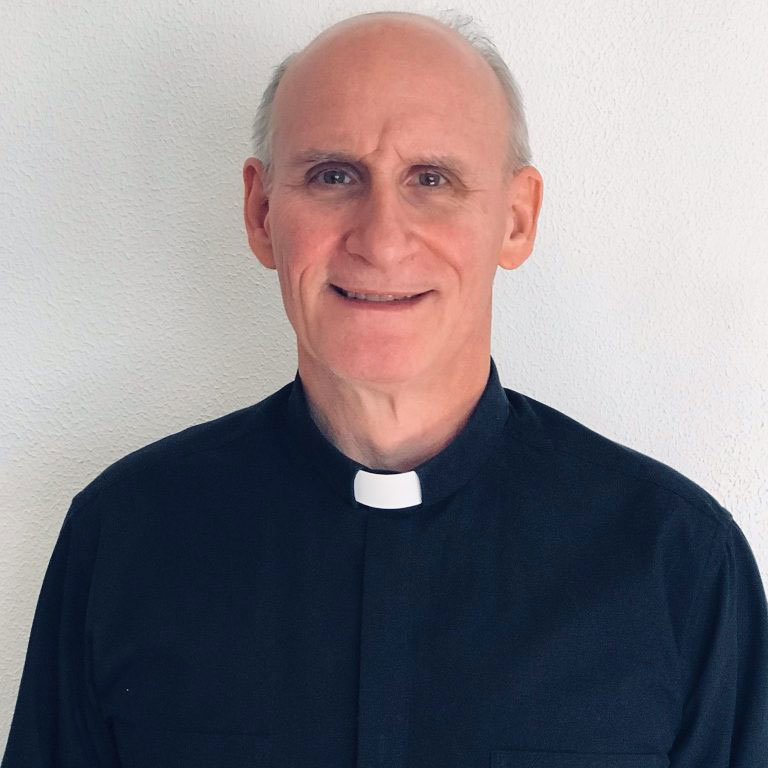 Deacon Paul Nappi was ordained to the Order of the Diaconate on August 22, 2020, at the Cathedral of St. Raymond in Joliet, IL.

Deacon Paul has been a parishioner of St. Joan of Arc for over twenty years. He and his wife Madhu are both animal lovers. Deacon Paul’s background has been in healthcare, which has involved a rich variety of service as an EMT, ETOH counselor, environmental health practitioner, psychiatric nurse, and healthcare surveyor of hospitals and nursing homes.

Deacon Paul has served our parish community as an Extraordinary Minister of Holy Communion, a regular adorer at our Adoration Chapel, a volunteer for PADS, a member of the Pro-Life Ministry, and a wedding host who, with his wife Madhu, helped to orchestrate wedding liturgies and assisted the parties involved.